The Other Felix, or My New Boyfriend

So This has been going on for about three months now, but I didn't write anything about it on the blog yet, in part because I wanted to be sure The Other Felix was cool with it, and in part because it has been so special, so beautiful, and so sublime that I wanted to keep it and savor it myself.  But its been a little while now, any my exhibitionism and sunny nature are getting the better of me, and I decided it was time to stop being selfish and share him with you all!  Here are a few pictures of him looking gorgeous, 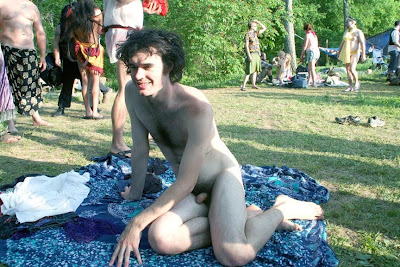 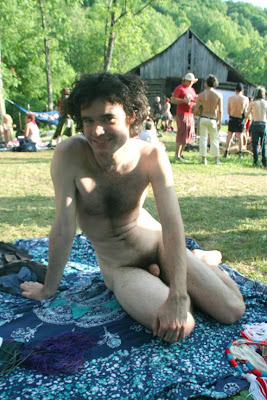 So we met at The Haven just a few days before the first of May;  I had been hanging out in the sauna, admiring the beautiful boys (one of whom was a Bel Ami porn star, as I found out later;  he was certainly not shy about public sex!) and getting out to breath the fresh air outside whenever I was overwhelmed.  On one of these rests, I sat down in the empty space on a bench where Angel was giving a massage to a lovely boy. I was naturally intrigued by what was going on; it slowly dawned on me that more than a massage was happening, as Angel had the largest, most beautiful erection, and the boy had the most delighted smile.  Around the same time I noticed this, and was wondering weather I should get up and not interfere in their delightful time, the boy took me by the hand and drew me to him;  I felt his lips upon my lips, and his cock brushing against my own, and suddenly I was embroiled in the most beautiful of sensations, his beautiful body writhing beneath my own.  We made love for hours;  at some point, Angel disappeared, although I never noticed when;  men made love around me, and from the corner of my eyes, I saw others stopping to stare and observe our performance, but I was to mesmerized by the scent of his skin and the thick, luxuriant texture of his hair, by the sweet and tender juiciness of his cock to pay much attention to the world around me, which passed in a swirl of half-remembered faces and bodies in the semi-darkness of the bathhouse.

Afterwards we sat on the bench, exhausted, still entwined in one another's arms;  I learned that his name was Felix!  That he was from Madison, Wisconsin, that he was a novelist, that he was 23.  In the background a woman moaned with pleasure;  in fact, at our feet, for as we were making our introductions, a beautiful blonde woman had laid down naked on the face of a man and was writhing with pleasure, which I seemed to me at the time a good omen.  Little did I know!  I brought him back to my tent, and the photos above were taken the next day on the knoll, the only sunny day of our trip.  We made love there too, on that blue blanket;  I took the photos just afterwards.  And then, shortly after that, it began to rain, and rain and rain;  torrential downpours fell, recordbreaking, which killed 22 people in the state of Tennessee.  But as far as I knew, the rain was a blessing, for we found ourselves trapped in my tent, while the rain poured  outside in solid sheets, and the roar of the water hitting the tarp deafened us and drowned out the sound of our ceaseless and happy lovemaking.  When he left two days later - two days of the most delightful bliss in that soggy and noisy tent - I felt like crying, and hoping on a bus right away for Madison, in fact, I felt that I could never let him leave my arms.

I will write about our future meetings, in Chicago, and here in San Francisco, and about the happy news that he is moving to San Francisco later.  In the meantime, here is another photo of my honey, 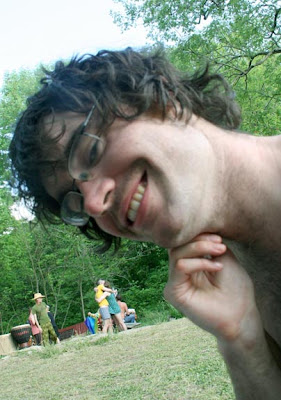 What a BEAUTIFUL story! Thank you for sharing it. And for sharing the photos (here, and the next post).

Love photos...and stories! Your blog is marvelous, and I envy you all your naked adventures.

It's really a beautiful love story, and I can't help but understanding it, since when I met my love, I felt the same feelings... this sounds so familiar to me !
Thanks for your blog, your art, your life !
Patrice